In my last post, I raved about my beautiful Hibiscus flowers.  What I didn’t tell you, is that I’ve been perplexed by a major Japanese Beetle infestation.  Here is some of the damage these little buggers are responsible for.

Last summer every single leaf of this hardy hibiscus plant looked like this!

So, when the leaves started filling out and the stems were pushing up toward the sun in late spring, I knew I had to do something about these pests.  I was expecting them to be back.

While the beetle damage didn’t seem to hinder the flower blooming, I still wanted to prevent a rerun of last year because who wants to see ratty skeleton leaves?!  They only distract from the beautiful blossoms!

First, I started sprinkling Diatomaceous Earth on the plant regularly.  DE is my go-to for major problems in the garden.  But, this year I had so many different issues with pests in the garden, I knew I couldn’t be dousing everything in DE or I’d risk taking out the beneficials and pollinators.  I had to find another way.

After learning that geraniums would help repel the beetles, I picked a nice red geranium plant from my local Farmer’s Market and placed near the Hardy Hibiscus.

The Hibiscus leaves were already showing signs of beetle munching, so I figured I’d use the nearby Geranium as an experiment.  It added a nice pop of color in the front landscape while the hibiscus still hadn’t reached it’s climax anyway.

I stopped using the DE altogether.  (It had been raining far too much to keep up with that method anyway!)  And I waited to see what would happen.

BEFORE the Geranium was planted nearby.

AFTER the Geranium was planted nearby.

I had almost forgotten what pretty leaves this plant has!

This was just a trial with 1 Geranium planted in front of the Hardy Hibiscus.  The hibiscus is so large in comparison to the geranium, that I believe having more of them nearby and planting them in the spring would keep my Hibiscus leaves safe from those voracious beetles throughout the growing season.  That will be my strategy for next year!

When I started this little experiment, I only knew that Geraniums were known to repel the Japanese Beetles.  They actually don’t repel them, but they do help keep them from eating your plants and there is actually science to back it up!

Apparently, when the beetles eat the Geranium it paralyzes them, leaving them vulnerable to predators like birds.

Fortunately, I have a bird feeder in this part of the garden where the Hibiscus and Geranium grow so there are always birds around.  Little did I know those birds were getting extra goodies to feed on there!

Have you experienced the devastation of Japanese Beetles in your garden?  Tell me about it the comments below! 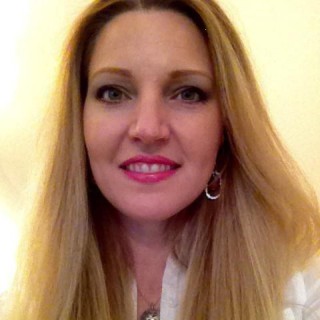